Due to popular demand, our Roadkill Mixed Grill makes a return to our restaurant during September!
Newtown Hotel is tempting diners with a plated assortment of distinctive Australian ingredients. Boldly named the “Roadkill Mixed Grill”, this Australian bush-tucker is locally sourced from Aussie farmers and is available throughout September. While this beautiful Australian produce is growing in popularity internationally, most Australians have not yet tried these local delicacies. If you’re not familiar with these flavours, allow us to introduce you.

This beautiful Australian meat has a bit of a kick to it. Kangaroo has a different, distinct flavour without being too overpowering. While often compared to Venison and Buffalo meat, Kangaroo is not as dry as Deer and is leaner than Buffalo. It is an excellent substitute for beef, and is much healthier, with double the amount of iron.

It may surprise some, but Buffalo tastes very similar to high-quality grass-fed Beef. Rich in flavour and deliciously tender, it stands out for its slightly sweeter taste. Buffalo meat is more nutritionally dense than other red meats, with very little fat and more protein and iron when compared to Beef.

If you’re thinking ‘tastes like chicken’ you might be shocked to hear that Emu doesn’t taste like white meat at all. It has a very distinct flavour, and can be considered similar in texture and taste to lean Beef. Emu is an excellent, healthier alternative as it is lower in cholesterol, fat, and calories.

A close relative of the domestic pig with a bad attitude, Wild Boar is actually a healthier meat than its cousin (and considerably delicious). Although, if you think the taste is similar to pork, guess again. Boar has a superior taste and texture, which can be described as a cross between beef and pork with a rich and nutty flavour.

Did you know? Duck eggs are quite large in comparison to chicken eggs, which also give it them a larger yolk to white ratio. They provide a taste that is considered different and tastier than chicken eggs by most consumers. However, individual tastes may vary – so we recommend that you try one out and decide for yourself!

Whether these distinctive flavours have made you curious, or they’re an old favourite – indulge your palate this September. Sample an assortment of native Australian meats and ingredients.
Marinated Kangaroo Fillet, Tender Buffalo Patty, Juicy Emu Sausage, Crispy Boar Bacon & Duck Egg, served with chips & salad for only $19.90. 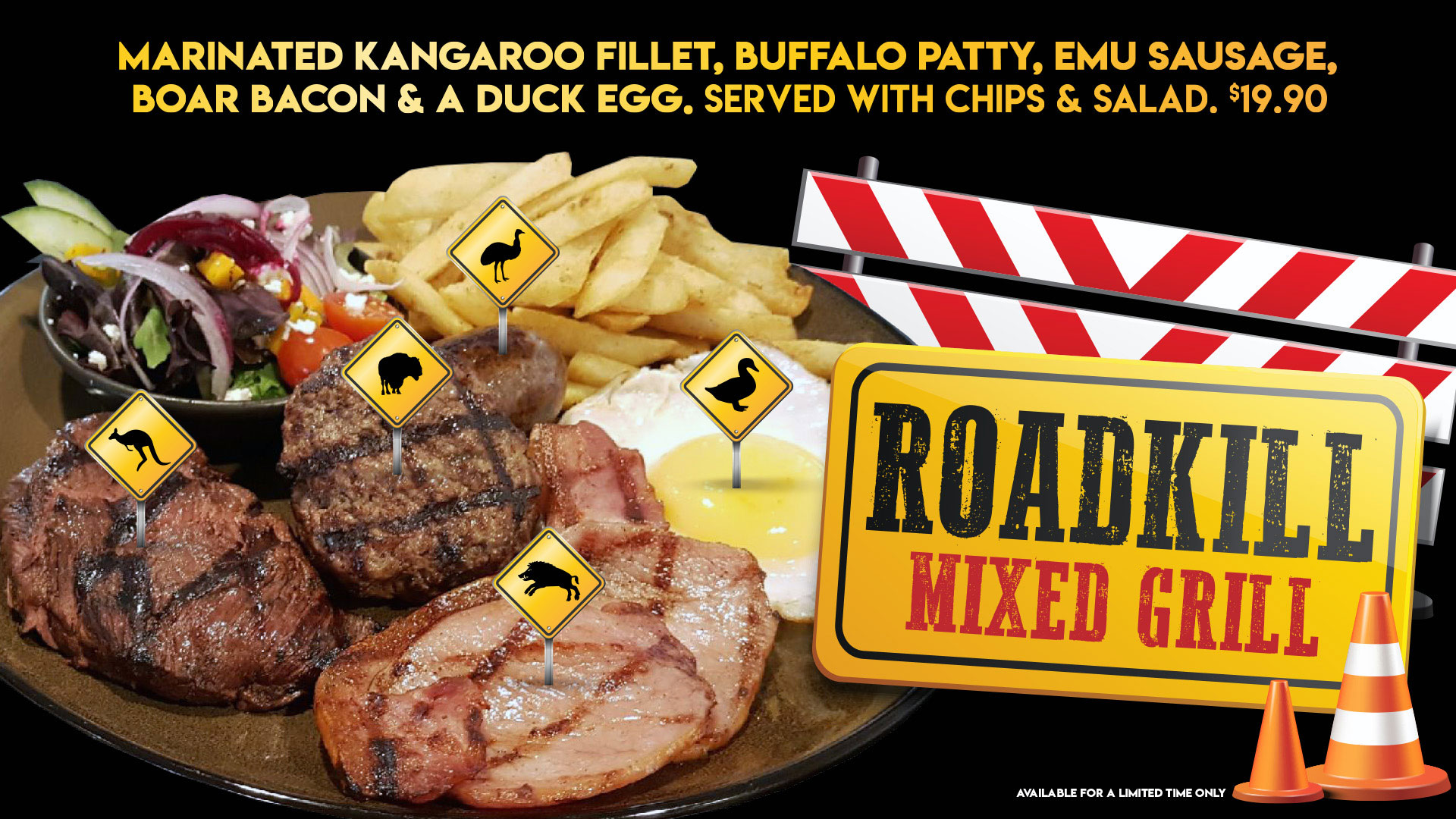