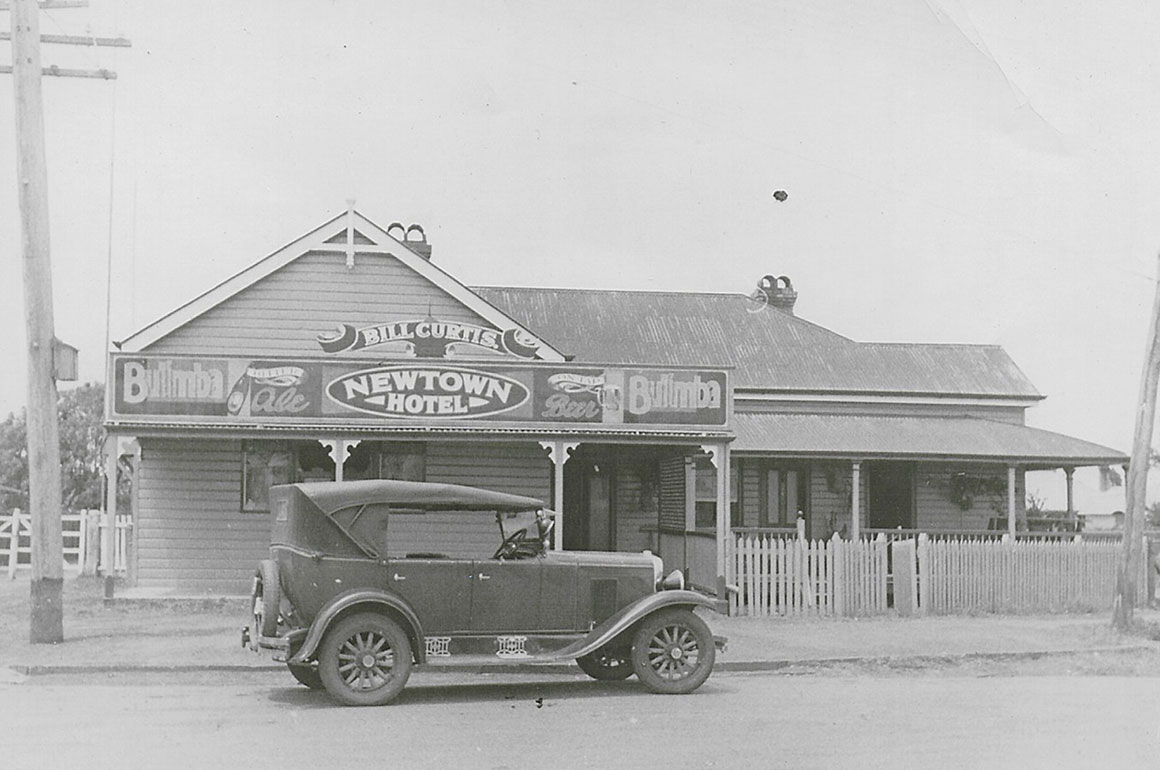 The name of the Newmarket Hotel was changed to Newtown Hotel sometime during 1910-1911 when Bridget Hogan was the licensee. She transferred the licence to John Joseph Flanagan (married, one child) in June 1912 who passed it to Josephine Woods in October 1913. Woods offered to supply water from the hotel’s bore to a horse trough in front of the hotel where 4 roads met if the new Newtown Council would erect same; Council declined, erecting it instead on the Eton Estate but Woods nevertheless allowed drought-stricken residents to access the bore. It was suggested Council declined because Mayor Josiah Troy was ‘opposed to hotels’ (DDG, 14, 15, 19 Jan 1914). William McLean was licensee from July 12914 to March 1917. When James O’Connor became a licensee in March 1917 the licence was renewed conditionally on a new building being erected in the next year (DDG, 5 April 1917).

Significant Events: In October 1913 the 50-mile Toowoomba to Pittsworth and return cycle race (sponsored by the Continental Rubber Co) started/finished at the hotel (DDG, 18 Oct 1913). In February 1922 bus proprietor D Yesberg started a daily bus service from the Newtown Hotel via Anzac Ave, Russell St, and Ruthven St to Town Hall and return with 6 services each way (DDG, 23 Feb 1922). During WWII an air raid shelter was constructed at the rear of the hotel; it was later used as a cool-room storage.  In January 1954 a hitchhiking thief stole £450 from the hotel (Mail, 2 Jan 1954). In April 2012 the hotel hosted Brophy’s travelling boxing show (TC, 20 March 2012). 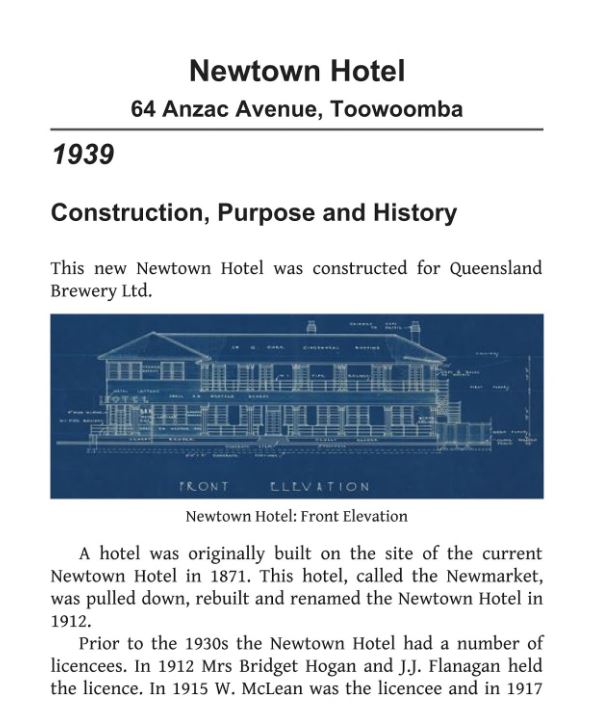 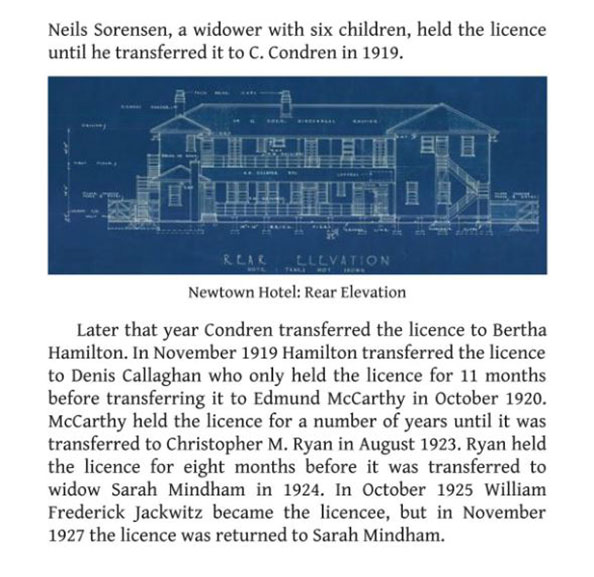